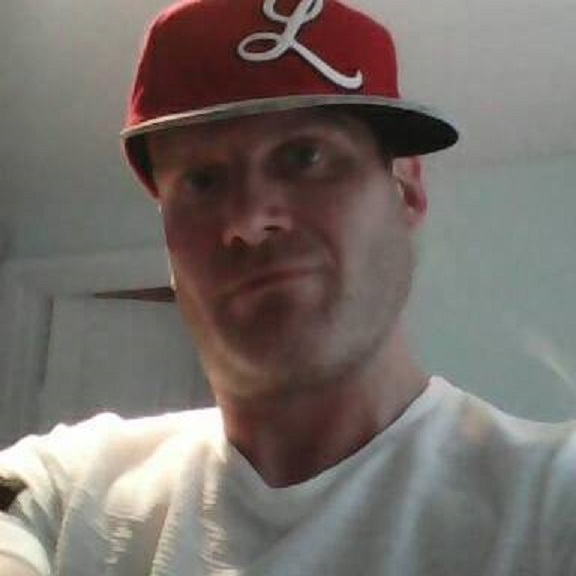 I would like to tell you a little story about my awaking. The reason that I am telling my story is because I am seeing more and more people trying to work what’s going on at present with all the information now readily available online.

But it can be confusing without understanding, also I find that allot of people have a feeling something is really wrong but don’t where to start their journey for real answers.

When My Awakening Began 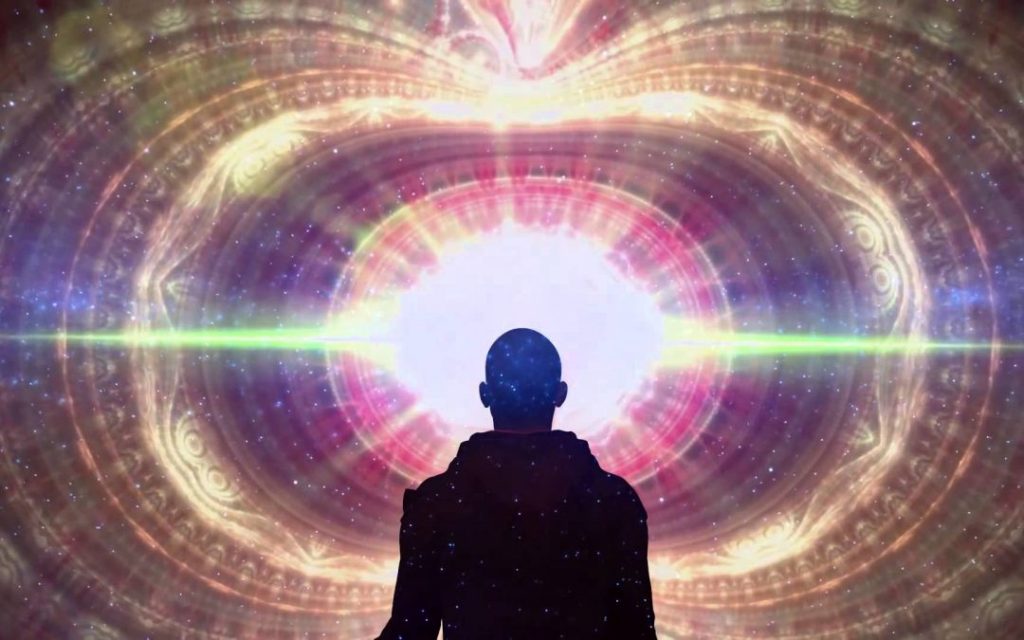 I will say right now that what I experienced, seen and felt can not’ really be put into words. However I will try to explain in short my emotions and when it happen;

Why it happened’ is still mind blowing even for me to conceive !!

2017 was the year this all started’ never have i been a conspiracy theorist or ever research much even at school. All this was about to change in April 2017′ my mother died in Jan, my dog died, to add to this I was due to have a major operation which was on Easter morning (APRIL.)

My Whole Life Changed After That Operation 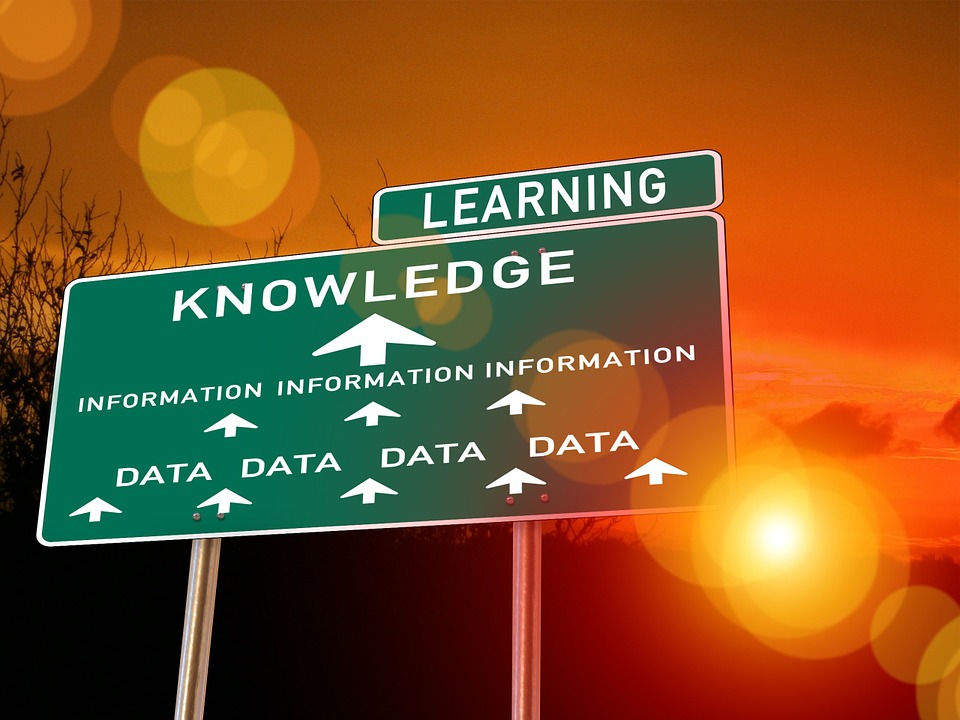 Waking Up After Surgery

As soon as i woke up from that operation things were just not the same, when I mean not the same’ I mean, I had all this new information?

What new information you would say ? I had information of previous lives and even memory’s of things I could not possibly know; or ever did I ever research “I barely even went to school”. My mind had clarity like nothing i had ever experienced before.  Soundly knowing things, that I shouldn’t of know and in full detail.

Even things about of universe and that everything was quantum, that we were energy and this reality really is not what we been told it is.

Yeah crazy right, How was this even possible?  Needing to know how I suddenly knew all these things I began my journey, research was now key !

So I Began My Research 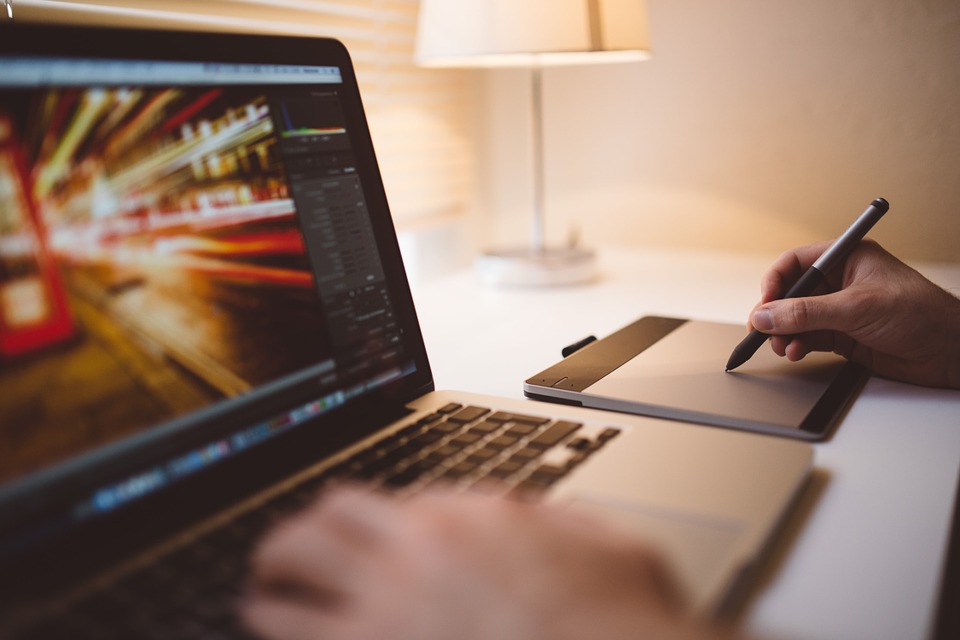 As soon as I was released from hospital, I could not wait to hit the books and internet, This was to see if there was anything like this recorded’ as i said i knew nothing about this shit before.

To my surprise and clarification, I had my confirmation, which took me all of 10 mins to confirm. That i had not gone mad and that I was not the only person that this had happened to; my story was slightly different to others. However the story’s, accounts and testimonies from others were overwhelming.

I could go into what I found out about my previous lives and what I have also found which is (very important) but this is long and I want to keep this short. 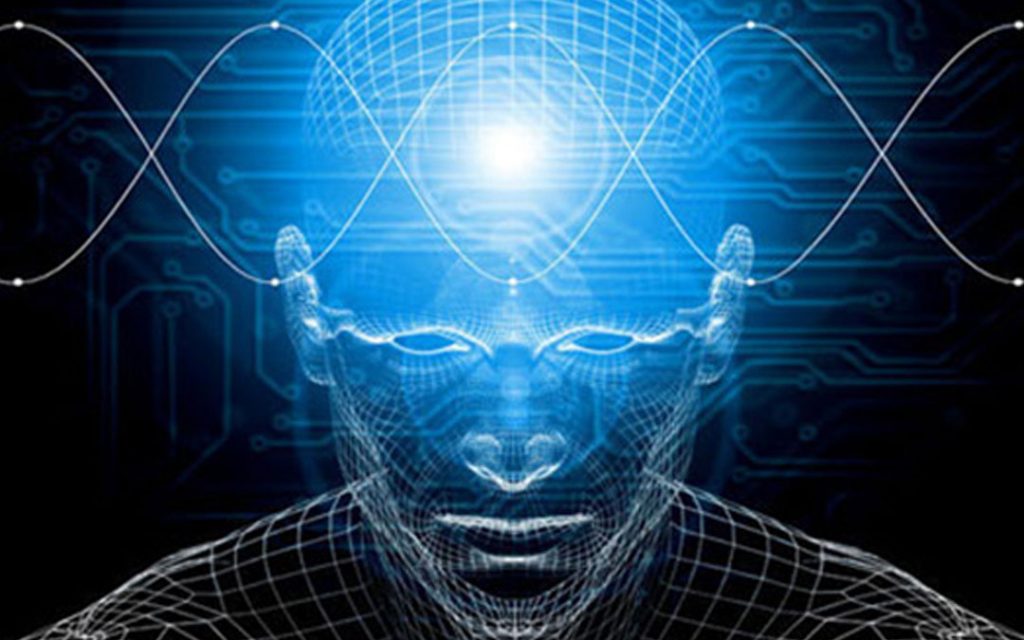 As the year of 2017 continued, many things started to happen to me. I had many visions given to me in my sleep and many mental downloads even when i was awake?

Connected to the source of all knowledge and understanding, I Truly felt like i was being jacked in to a computer. As the’ information was flooding in which nearly broke me at this time. ( its allot for anyone to take in , at the speed I was being given the information )

Sectioned Because They Could Not Understand

When you find out all this information, you just want to share it and tell the world. This was a mistake which I later found out, as people need to be ready to hear the information being told.

I was put in mental health by my ex girlfriend and her family, as i had no family left in London. It was because they could not understand what was happening to me and what they were being told; but they did witness things them selves. As I will explain below

What Did They Witness ? 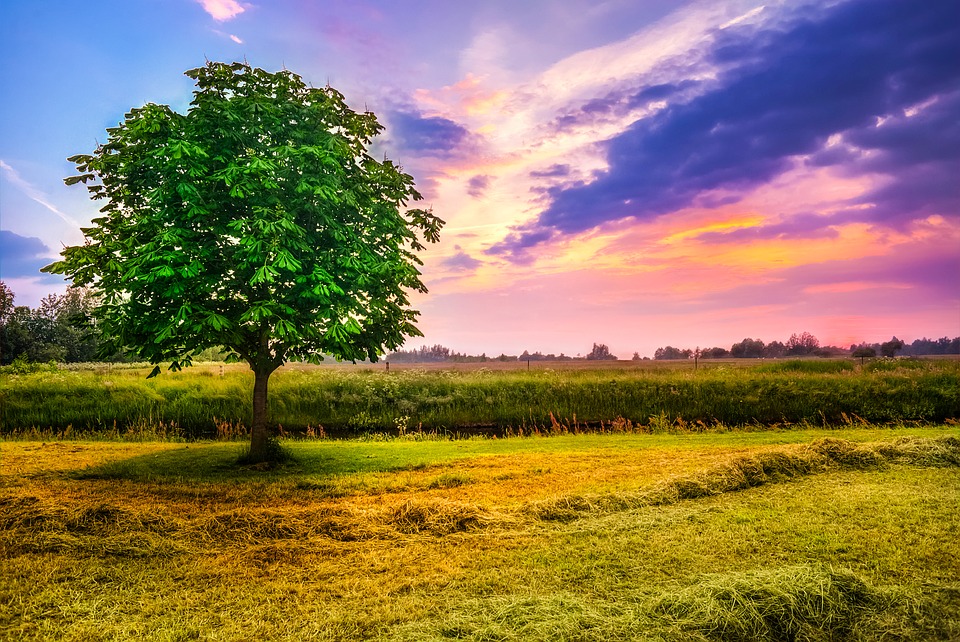 They Seen, I know They Did …

There was a horse chestnut tree in the garden approx 1000 years old? Something told me that there was something in the bark of the tree. So I decided to take a hammer to the tree to take off the bark, to see what was under the bark!

To my surprise when I removed the bark pictures and numbers came through in a black ink; and I have pic’s and the tree is still there’ all is still visible and check-able !

However’ my ex and family said they could not see it? But whilst I was in hospital (mental health unit). They sanded down the tree, to remove the pictures and numbers which were clearly showing!

Which left me thinking, I thought they said they could not see it? I guess they can

Anyways !! 2017 continued I was released from mental health unit, with a diagnosis of being to bloody happy ( ha ha )  Never knew happiness was a mental health condition LOL.

The Downloads & Visions Continued To Fill My Mind 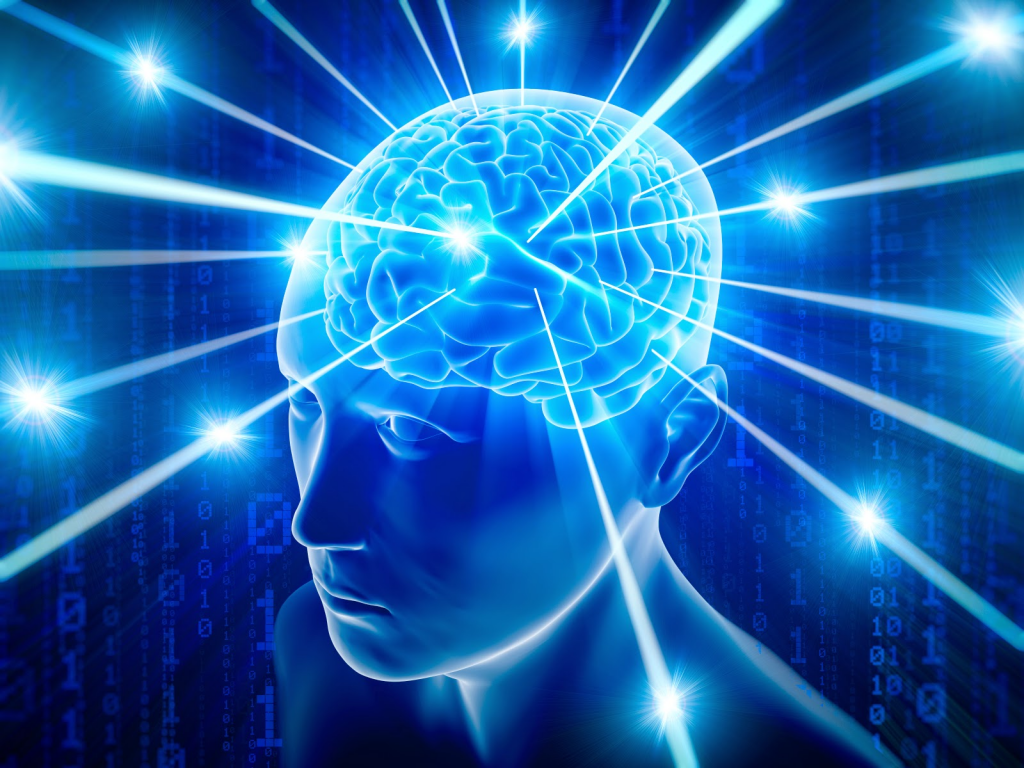 This is where life became lonely and the journey seamed harder. It was starting to feel more like curse, knowing all this knowledge; more than a blessing. As I started to really see the true nature of this reality, and how it all comes together and how much we have been lied to. Its a bit like the matrix do you want the blue pill or the red one ? Except i was not given the choice

Nothing Is As It Seams To The General Public

So much hatred so much deception from even the people you love’ pushed into a corner made to feel like you are just a crack pot. All because the many refuse to understand what is right in front of there eyes. ( it is hard to tell someone that everything they believe to be true is a lie when 80% of the population believe the LIE )

Well now I am glad my eyes have been opened and i know, I see it clear as day as do many others’ that I have located from every part of this reality…

So many unique story’s and experience’s I have heard, but even though our paths have been different we have all ended up in one place. Which is understanding what this place really is and what is being hidden in plain sight from your view! Hidden in signs and symbolism.

Slaves Without Chains or Bars

Humanity is being lied to on such a mass scale, there are pyramids within pyramids. So even the people who are helping the control system don’t even know they are doing it. One can not even begin to conceive the magnitude of the situation; we are in a make or break situation; at this very moment. With the one world government, one world currency, one world religion, G5, human chipping RFID, Chem Trails, Food Poising, Chem trails, Direct Energy Weapons and that’s just the short end !

So Much More To Say.. But The Rabbit Hole Is So Big 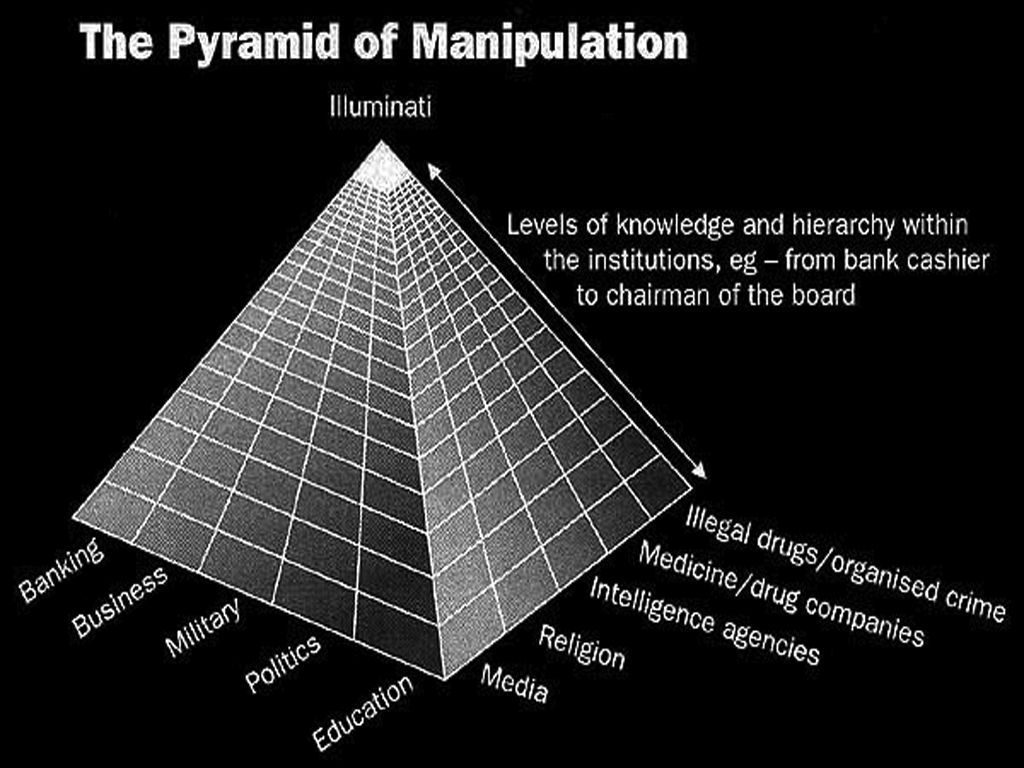 There is so much more i would love to put in here’ but i want you to read this so I am keeping it short so that you may read this far. If you have gotten this far you were suppose to read this and you were ready to hear this information. The human conscious level is rising, causing the veil to lift, I feel more people are waking up.

But my previous lives and what i saw and happened to me is a book in it’s self. I am hoping to document them in the future so that people can hear my story.

The main purpose of sharing my story like many others around the world (reality). Is we just want you to see the lies being spun on your daily live’s by the 4% who are corrupt and dark. Using mind control on you keeping you in the dark about everything, they control everything, even down to falsifying history to meet with there agenda… Yes our history is a complete farse... Until we are awoken we know nothing because its all lies

I may share more of my story if this post get enough hits…. So feel free to comment, as I will know that there are more people out there waking up and want to learn.

But i just want you all to understand that, the people trying to spread the truth and wake humanity up. We are your friends not your enemies, we are the ones telling you the truth…. Being branded as FAKE NEWS !

I really want to make this clear I never researched or looked into anything before I died when I had my operation, however when I woke up from it my life has never been the same since

I wish you all love in these trying awakening times

Get In Touch With Barre Jon Bower Directly